The global shortage of semiconductor chips, an industry staple, has significantly affected a number of Japanese companies.

The global shortage of semiconductor chips is having a huge impact on the Japanese automotive sector and the manufacturing industry as a whole. An investigation by Teikoku Databank found that the production and supply of goods and services of 115 listed companies have been negatively affected since April 2021 due to the shortage. This included 81 companies that were forced, directly or indirectly, to adjust their production.

Meanwhile, the number of companies that had seen their business performance, such as sales and profits, negatively affected or expected to see this impact in the future, reached 60.

The most affected industry is manufacturing with 86 companies. Within this industry, there has been a visible impact in the automotive related sectors, not only for auto parts and car manufacturing, but also for metal stamping products and drive systems. cars. In many cases, companies have been forced to make production adjustments due to cuts made by domestic and foreign automakers in response to the semiconductor shortage. The electronics industry, which includes manufacturers of smartphone parts, home appliances and game consoles, has also been hit hard.

In the wholesale and retail trade, the delivery date for new cars has been delayed, which has affected peripheral sectors such as dealerships and automotive refinish suppliers. This has had a huge ripple effect across the entire spectrum of the automotive industry. 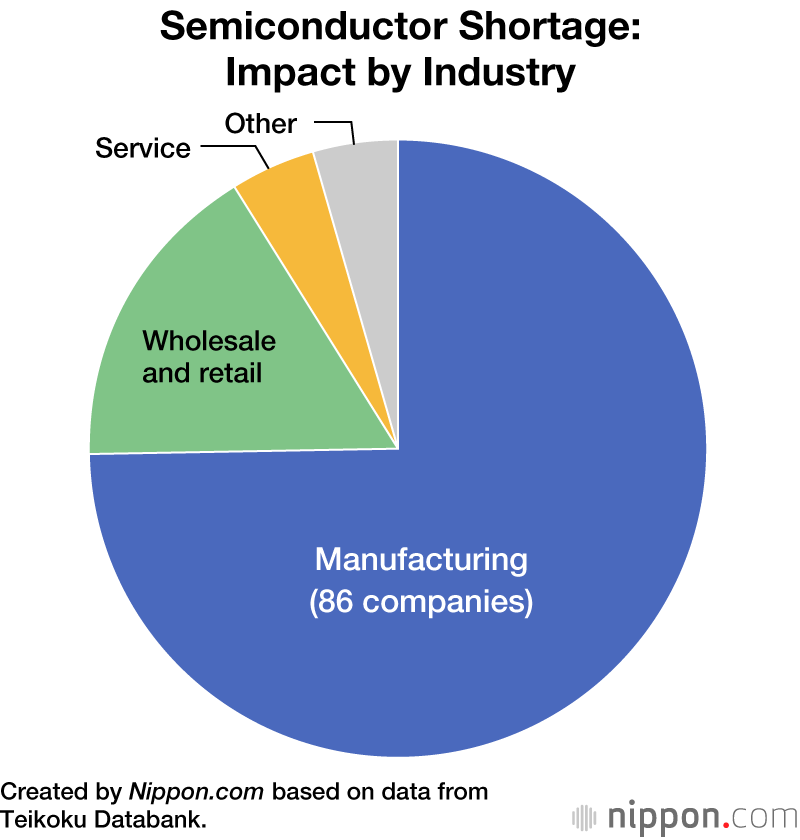 The secret behind why Tesla’s vehicles are ...