Here are the fastest production cars around the Nurburgring

Many drivers make a pilgrimage in their vehicles on track days to Germany’s Nrburgring circuit, which is admired and loved by gearheads around the world.

The Nürburgring lap time has become an important and trusted currency among automakers and buyers, as many automobiles rely heavily on lap times to gauge their performance levels. The fastest production automobiles around the Nürburgring are listed here. 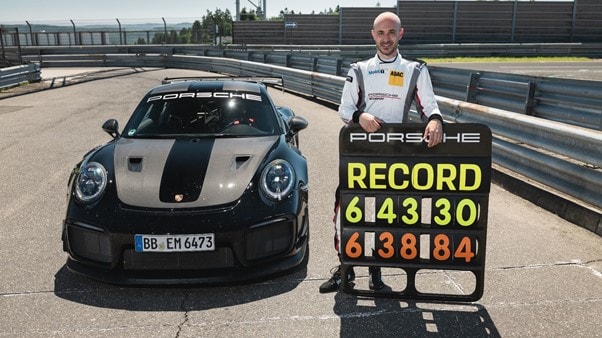 Nurburgring lap times are sometimes disputed. As demonstrated by the first place of the 911, the GT2 RS. Yes, it’s a production automobile – although it has been discontinued – but the world record holder was fitted with the Manthey Performance Kit. This includes changes to the chassis, braking and aerodynamics, as well as the lightweight magnesium wheels from the Weissach set. Whether you consider it a production vehicle or not, driver Lars Kern deserves credit for a lap of 6 minutes 43.30 seconds. For many more years of Nurburgring records, here’s to you. 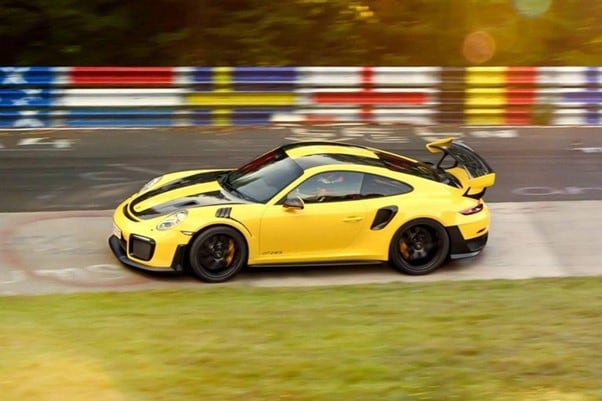 With the Huracán Performante still in development camouflage, Lamborghini only had a 15-minute window to make an effort. What do you think a supercar named after a hurricane will look like? The Huracán Performante is a track-ready variant of the regular Huracán that beat the Porsche 911 GT3 RS to the top of the five fastest production vehicles at the Nürburgring. It made its official premiere at the 2017 Geneva Motor Show in early March of that year, with the new Nürburgring record serving as the icing on Lamborghini’s press conference cake.

The Aventador LP 750-4 SV is a lighter and more extreme variant of the normal Aventador, capable of a lap time of 7:25.00 at the ‘Ring. Additional aerodynamic changes to the car’s body make it even smoother through the air, and the increased power from the 6.5-liter V-12 also helps. Incredibly, something so massive can move so quickly.

The 488 Pista has a history of breaking track records, having done so at Hockenheim and the Top Gear proving ground. It’s just seconds slower than machines twice as expensive, thanks to a 710-hp twin-turbo V8.

One of the Ring’s first heroes was the 2008 Viper ACR. This vicious piece of American iron established itself as a formidable contender dominating the circuit. So there is no need to worry about the 2017 car, which would be a candidate for the record. Unfortunately, the Viper ACR couldn’t break the seven-minute mark. Despite that, it’s still the fastest car on the course with a manual transmission.

Tim also spent time with the amazing McLaren 720S, shopping with it, raising his child from school and waiting in M25 traffic. He did not, however, attempt a lap at the Nürburgring. The decision was that “driving it for seven days makes you weak”.

Another hero of America’s assault on the ‘Ring in the mid to late 2000s. The old Z06, Viper ACR and newer Corvettes were featured. As a result, the expectation for this updated supercharged Z06 was huge. The blue-collar hero overcame the all-carbon V10-powered LFA Nurburgring. 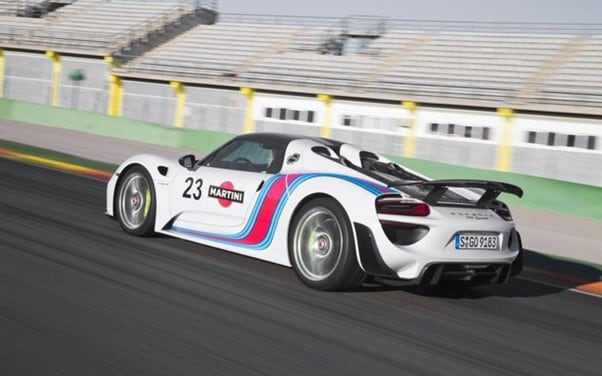 The Porsche 918 Spyder held the Nürburgring production vehicle lap record for four years until the Huracan Performante dethroned it. The 918’s rapid speed was achieved by an 887 horsepower hybrid engine with an electric motor on the front axle, which provided excellent grip.

The Porsche 911 GT3 RS is the third production Porsche sports car on this list, with a lap time on the world’s toughest circuit of under seven minutes. A naturally aspirated, high-speed 4.0-liter engine with 520 horsepower and a 0-60 mph time of 3.2 seconds sits under its motorsport chassis.

Kévin Estre, a Porsche factory racing driver, performed well behind the wheel, posting a lap time of 6:56.4s, 24 seconds faster than the Frenchman’s previous best time with the GT3 ₹

Can you spot the changes on the ...

Fall in love with financial freedom in ...