Kerala is a land famous not only for its beautiful beaches and green valleys and hills, but also for the huge craze for modified vehicles. Car enthusiasts in Kerala are known for offering the type of car modification work they do for their cars and SUVs. While some are tastefully done, some just seem goofy and too outrageous. Here is a third generation Maruti Suzuki Dzire, which might just be the coolest Dzire in India.

Details of this modified pre-facelift third generation Dzire are taken from the Instagram account of Kerala-based Robinson Kalloor Jacob, who happens to be a car enthusiast. On his Instagram account, we can see photos and videos of his heavily modified Dzire, which attracts attention due to the number of extensive modifications he has undergone. 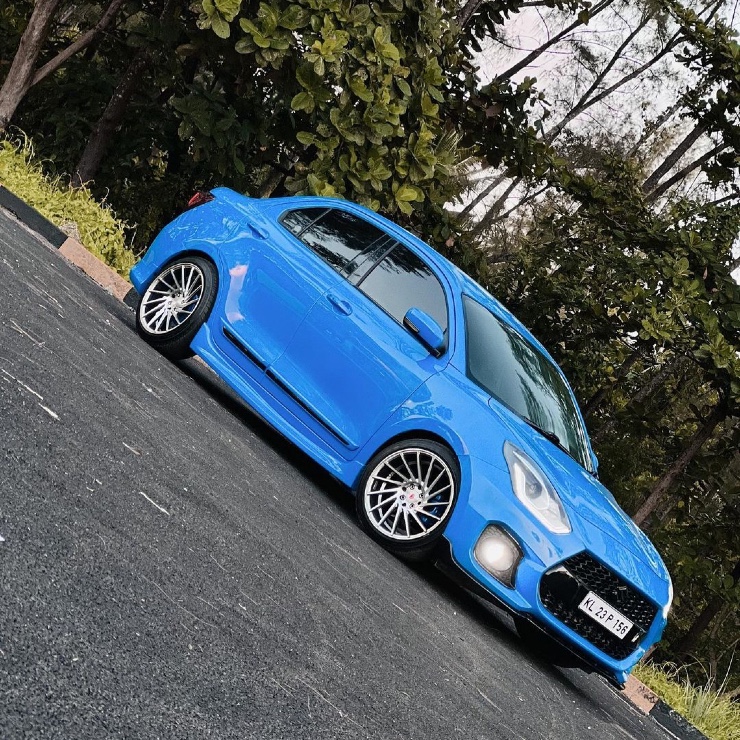 Jacob’s Maruti Suzuki Dzire is finished in a custom shade of blue and appears to be the top-spec ZXI+ variant of the compact sedan. This Dzire has a custom designed front end, with an aggressive looking grille and fog light housings resembling the front end of the world spec Swift RS. Apart from LED projector headlights and daytime running LEDs, this Dzire also comes with LED fog lights and a black colored front splitter under the front bumper. 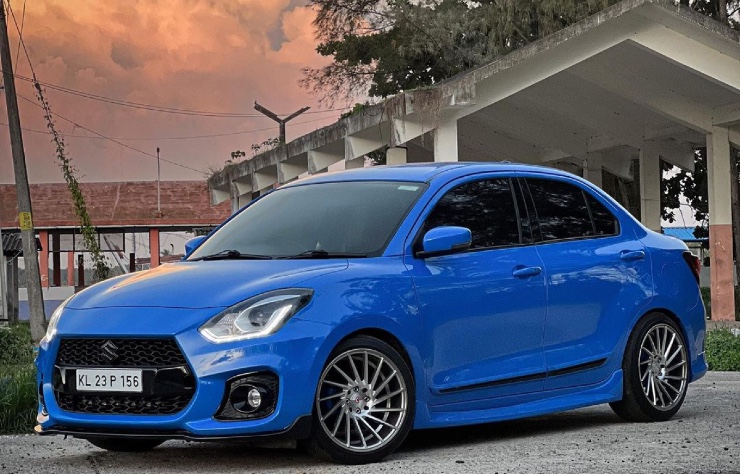 This modified Dzire also features larger 17-inch multi-spoke white alloy wheels with lower profile tires. On top of that, the sedan also gets body-colored side skirts below the door panels. All of these updates give the Dzire a lower stance, making it even sportier. At the rear, the car features a smoked effect for the taillights with LED inserts, a gloss black finish for the shark fin antenna and trunk lid trim and a custom rear bumper with faux exhaust ports.

Coming inside this heavily modified Maruti Suzuki Dzire, the car ditches the two-tone black and tan upholstery and comes with custom interior work. The dashboard and door panels get an all-black treatment, with contrasting blue highlights around the center console, transmission shifter, steering wheel and door panels.

On his Instagram account Jacob, it is not revealed whether this Dzire got any performance or suspension upgrades. This version of Dzire owned by Jacob is the pre-facelifted version of the third generation model, which features an 83 hp naturally aspirated 1.2-litre petrol engine mated to a 5-speed AMT gearbox.

“The Hyundai Ioniq 5 is the spiritual ...

4 Of The Best Personal Loans Offered ...